Event #2 of Surf Retrospect 2016 , The 2016 Tradies Surfmasters presented by HIF, finished in an exciting fashion today with a range of different age champions crowned across a variety of different surfing disciplines. 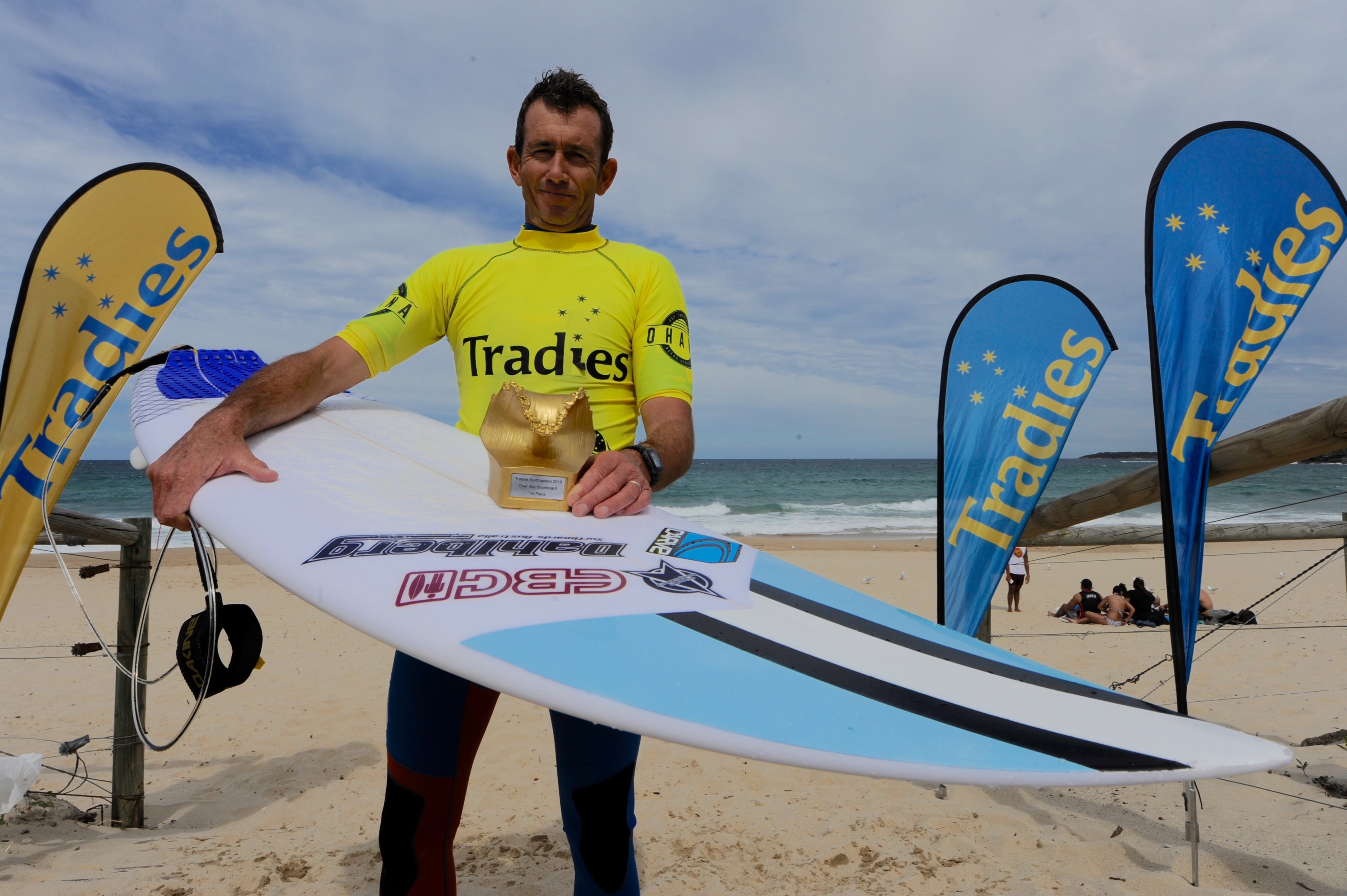 Local surfer Paul Detmold (Miranda) claimed the Over-45 Mens Longboard division, taking a runner-up finish and a win across his dual heats. The local longboarder went neck-and-neck for the overall title with fellow local Scott Young (Cronulla) who accomplished the same track record, however Detmold was able to claim the title thanks to holding on to a 12.66 heat total which gave him the nod and pushed Young into the runner-up position.

Blaire Moore (Woonoona) ensured a title would be heading south to the Illawarra region, taking out the Over-40 Mens SUP division. Moore put on a blistering performance over the duration of the event, continually posting excellent scores for a variety of mammoth turns, which enabled him to claim the title from Andrew Cassidy (Mona Vale) who claimed the runner-up spot.

A list of all results can be seen below.

About Tradies
For over 50 years, Tradies has been an important pillar in the local Sutherland Shire community, not only providing monetary support for community organisations and sporting groups but also as a venue for members and guests to come together, relax and enjoy themselves.
Tradies is a values-based organisation that strives to achieve best practice in community service, customer service, hospitality and employment across both our venues at Gymea and Caringbah.

Who knew? Cronulla is the birthplace of modern surfing